We believe life is about living to the fullest and being at your best so you can enjoy the things that mean the most to you.

We are a family-focused practice and our goal is to assist anyone in your family, from babies through to grandparents, experience greater performance, vitality and quality of life. 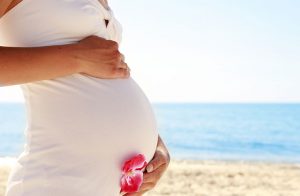 Very few life events are more miraculous than bringing a baby into the world. But with mothers-to-be experiencing such dramatic changes in their body, pregnancy can be at times physically and emotionally challenging.

As chiropractors we have the utmost respect for the wisdom and intelligence of your body in creating a new life. Chiropractic care can offer pregnant mothers and babies many benefits, from assisting with spinal problems during pregnancy to helping make the birth and recovery process easier.

Research has shown that 50% of pregnant women experience spinal problems during their pregnancy1. This can be caused by hormonal changes such as the stretching of ligaments and greater laxity of joints, and the growing weight of the baby altering posture and centre of gravity.

Commonly these changes alter the alignment of a pregnant mother´s spine and pelvis, in turn affecting how her nervous system performs. Such spinal misalignments can also lead to constraints in the uterus, affecting the positioning and development of the baby2,3.

One study demonstrated that having regular chiropractic care throughout pregnancy resulted in a less stressful pregnancy along with less discomfort during delivery4.

Other studies have found that regular chiropractic care during pregnancy directly reduced the labour time of first-time mums by 24%, and by 39% for mothers who had birthed before5, and that regular care resulted in a 50% drop in the need for painkillers during delivery6.

Chiropractic techniques which improve the alignment of the pelvis can also facilitate ideal baby positioning, particularly if a baby is breech due to uterine constraint. Research from 2002 reported 82% of breech babies naturally turned with the use of the Webster Chiropractic Technique7.

At Centro Quiropráctico Ibiza we have extensive training and experience working with pregnant mums and babies. We invite you to have a chat with us about how we might be able to help. 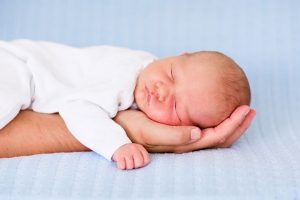 Your baby’s birth is a miracle but their passage into this world (even a seemingly easy birth) can lead to stress being placed on their spine and developing nervous system.

The delivery process by its very nature brings a newborn’s neck and spine under immense pressure. Tension and compression of the spinal joints may disrupt the nerve messages that travel to and from your baby´s brain within their spine.

Research1 by medical doctors from Germany and Belgium found that 80-95% of babies had neck misalignments (subluxations) after birth. It goes without saying, then, that it is never too early to have a chiropractic check-up for your child’s spine and nervous system.

Chiropractic care for babies and children is exceptionally gentle and safe. Light pressure (such as that used to test the ripeness of a peach) is applied – without any cracking or popping of the joints. Most often babies sleep through their chiropractic adjustment because they are so relaxed!

Our chiropractors have years of experience working with babies and children and have done post-graduate studies in paediatric care.

For more studies on the benefits of chiropractic care for babies and children, click the button below for the full list: 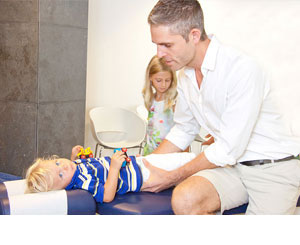 Many issues experienced by adults in later life, especially concerning the sacral and lumbar spine, actually have their origins in childhood.

Misalignments from birth, falls when learning to walk, other bumps, knocks or accidents, along with any emotional or dietary stress can all lead to problems in the spine and nervous system. Left unchecked, spinal misalignments impair the natural healing ability of the body, can affect other tissues and organs, and also lead to postural problems that become harder to correct as time goes on.

Whether you have a child still in the womb, a child in infancy, a toddler or a pre-teen, chiropractic care helps to ensure their growing bodies develop optimally towards becoming vital, well adults.

Some of the many benefits of chiropractic care you may see in your child are:

Jans loves working with families and children, is highly qualified in this area and has over ten years of clinical experience. Come and see how he can help your children discover their potential early – and become happier and healthier versions of themselves.

Each year, approximately 2.8 million children had an initial emergency department visit for injuries from a fall. 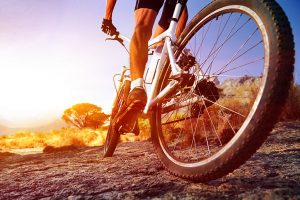 Even if you are a weekend warrior simply playing sport for the social rewards, you can still be putting your body through huge strains. This can be from sudden impacts, awkward positions that stress your joints and muscles, or the strain involved in unpredictable & rapid changes in direction.

Your spine is the physical and neurological axis of your body and commonly suffers the most from these stresses and strains.

Chiropractic can not only help your body recover faster from the impact of competitive sport but can actually help you gain that competitive edge and avoid future injury by boosting the body’s innate recuperative powers.

Many world class and Olympic athletes, as well as professional stars and teams use regular chiropractic care to boost their performance, including: Rafael Nadal, Jorge Lorenzo, the Spanish cycling Team Coast, AC Milan, Arnold Schwarzenegger and Mohammad Ali to name a few.

“You chiropractors are really miracle workers… I am very fortunate to have my own personal chiropractor. He adjusts my wife, my kids, me, everybody gets an adjustment.”

“I don’t know how much I could improve until I started seeing a chiropractor. Since I’ve been in chiropractic, I’ve improved by leaps and bounds both mentally and physically.”

“I have been going to chiropractors for as long as I can remember. It’s as important to my training as practicing my swing.”

Chiropractors have been selected as official attending practitioners at the Olympic Games and at national and world championships in track and field, cycling, volleyball, powerlifting, aerobics, and triathlons.

The medical director of AC Milan from 2002-2009 was Dr JP Meeserman, a chiropractor. Under his direction the team saw a 90% reduction in knee injuries in just one year.

“This year under chiropractic care there was a 43% reduction on the days lost in training due to injuries and a 70% decrease in the administration of medicine. All this and Milan also won the league championship!” 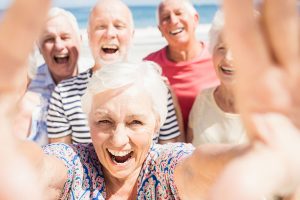 With great reported benefits for older adults, it makes sense that thousands of people aged over 60 have regular chiropractic check-ups.

Research1 in the US from 2000-2007 showed the following benefits of people under chiropractic care:

The ageing process can lead to many problems and by using gentle and effective techniques chiropractic can help you maintain the strength and performance of your immune system to allow your body to effectively self-heal.

A well aligned spine and healthy nervous system can keep your mental clarity and acuity on track, increase the range of motion in your spine and joints, improve balance and coordination, and decrease joint degeneration. All of these related benefits mean you can maintain an active lifestyle that prolongs life and enhances happiness.

Continue leading YOUR life to the fullest.

DISCLAIMER: Chiropractic is still not officially recognised & regulated as a health profession in Spain – click here for details.

CHIROPRACTIC, whilst recognised as a health profession by the World Health Organisation (WHO), and forming part of the healthcare system in most developed countries including European countries such as Britain, France, Portugal, Italy, Denmark and Switzerland – many of which recognise it as a primary healthcare profession – WITHIN SPAIN IT IS NOT A RECOGNISED HEALTH PROFESSION AND IS NOT SUBJECT TO REGULATION BY THE SPANISH GOVERNMENT. Because health legislation is a matter of regulatory law under the sovereignty of each EU member country, the chiropractic profession finds itself in a legal vacuum in Spain, meaning there are no laws to regulate it. The Spanish Association of Chiropractors (A.E.Q.) has petitioned the courts and relevant health and education ministries requesting that Parliament boost the legislative process to officially recognise chiropractic as a health profession in Spain. In countries legally recognising chiropractic as a health profession, the chiropractic degree is obtained after 5-6 years of educational training. Two Spanish institutions currently offer five-year chiropractic programs (with unofficial titles) in anticipation of the legal recognition of the profession in Spain: the Real Central University Maria Cristina of Madrid (UCR) and the Barcelona College of Chiropractic (BCC). The training from these institutions meet all the standards of quality and excellence demanded by the European Council of Chiropractic Education (ECCE), and paradoxically, Spanish graduates may work as official chiropractic health professionals in other countries like the United States, France or England, but not in their own country. The A.E.Q. was created and recognised by the Ministerio del Interior in 1986, and has over 200 members with chiropractic degrees recognised by the European Council of Chiropractic, ensuring compliance with the highest standards of professional practice at a European level. Unfortunately so far, these degrees and diplomas ARE NOT RECOGNISED AS OFFICIAL TITLES IN SPAIN. To ensure your chiropractor meets the quality standards established by ECCE regulation of chiropractic in Spain, check and verify that they are a member of the A.E.Q. in “Find a chiropractor” on the website: www.quiropractica-aeq.com. The regulation of chiropractic in Spain is a matter of political expediency, but in the meantime chiropractic professionals who meet the requirements of the AEQ statutes find themselves in a situation of legal uncertainty and disadvantage compared to other professionals from neighbouring European countries. Additionally due to the lack of regulation, Spanish citizens may be treated by unqualified people claiming to be chiropractors who do not meet the minimum international standards.

(**) The web www.centroquiropractioibiza.com & www.chiropracticibiza.com provide information on the professional services of Jans Olde Wolbers, owner of the contents of these websites. The content of these sites is offered for informational and informative purposes. The owner is not responsible for the content or comments and opinions expressed by third parties on their websites. The contents of the websites are not intended to replace health professional advice, since CHIROPRACTIC IS NOT A RECOGNISED HEALTH PROFESSION IN SPAIN AND HAS NOT BEEN THE SUBJECT OF REGULATION IN SPAIN, so that the owner assumes no responsibility, directly or indirectly, which may arise from the use made of this information.

(***) “Chiropractic is a health profession concerned with the diagnosis, treatment and prevention of disorders of the neuromusculoskeletal system and the effects of these on overall health. It is based on manual techniques, including joint adjustment and / or manipulation focusing mainly on subluxations. “

Definition of the World Health Organisation (O.M.S.). Guidelines on Chiropractic, 2005 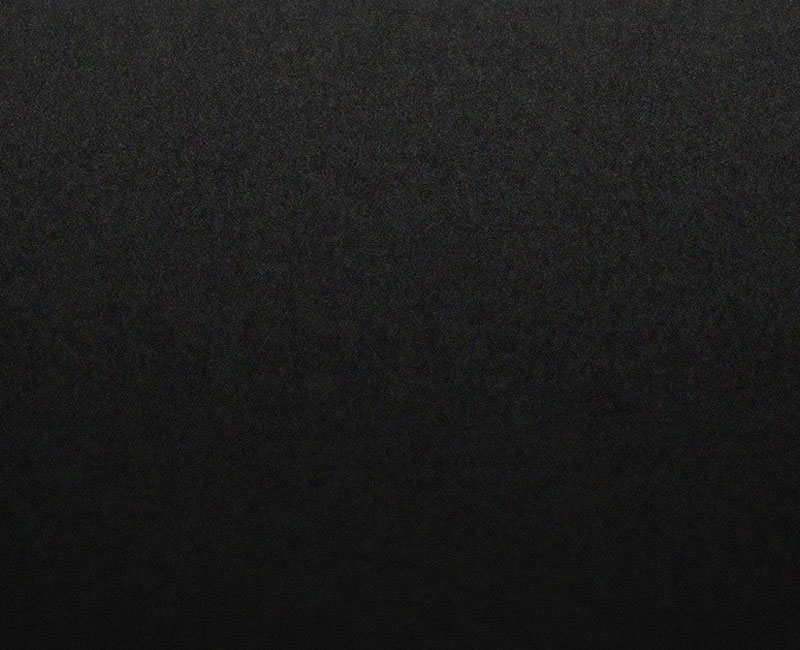